An Insight To Karate 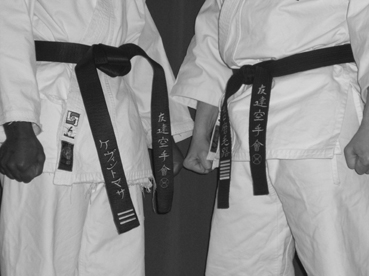 Karate is currently and has for sometime enjoyed wide popularity all over the world. We see Karate frequently in films, on television and in books, there are few people who have not seen or have some idea of it. But Karate is much more than this. Karate means “Empty Hand” i.e. the practitioner is unarmed apart from his own body. It was developed over thousands of years and most historians agree that Karate’s origins began in China, then finding it’s way to the Okinawan islands and finally to Japan in the 1920’s and modern Karate was born. With the movement of Karate as we now know it came great development not only as a form of unarmed combat, but as a way to discipline and improve the mind body and, ultimately the spirit.

If this sounds too abstract maybe we can use different terms. Besides conditioning the body, improving speed, strength, flexibility and co-ordination, Karate increases one’s alertness and self-awareness. It also teaches confidence not cockiness, a deep confidence in one’s abilities to deal with the world around us. With confidence comes calmness and a sense of inner peace.

This is true Karate but, there must be a beginning and great things can not be accomplished in a handful of days. In Karate the beginning is physical, the punches, kicks and blocks, the competition’s, sport karate if you like, that we have all seen but, this is only the start of the long road ahead that so many have walked before.

Work and practice with patience and perseverance and you are sure to find some measure of satisfaction.

May your pursuit of Karate be a rewarding one.

KARATE DO AND JUTSU

Before Karate entered Japan its full term was Karate Jutsu, “Jutsu” meaning a practical reflection of Karate or “real”, i.e. it had to work. But with the Japanese came a change to “Do” or “way” this was to emphasis it’s educational or cultural qualities rather than the original martial purpose. But without one the other is lost and you can never attain the whole.