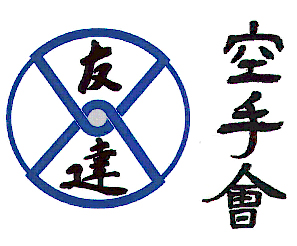 As in Japan students become masters this is the same all over the world in many walks of life and Karate is no different. Tomodachi Karate Kai is a product of this. Tomodachikai is a system of Karate based upon Mas Oyama’s Kyokushinkai Karate, but there have been some changes and developments and this will continue under the leadership of Tomodachikai’s Founder and Chief Instructor Shihan Rick McELroy. Tomodachikai is a system of Karate which use’s both Jutsu and Do in its teaching’s and in doing so is a devastating Self-defence system.

Tomodachi mean’s “Friend” or Friends”. (There is no plural in Japanese so Tomodachi means both friend and friends.) Until modern times, Japan’s social and political system generally limited friendships. People ordinarily did not cross either clan, class or professional lines in their personal friendships, thus Tomodachi that one did have were extraordinarily important. Japanese people still follow the custom of “getting to know each other” and establishing strong ties that become the foundation of an alliance, be it personal or business. It is with this in mind the name Tomodachi Karate Kai was born.

These two Kanji together mean Tomodachi.
For the chest badge the Mon and Calligraphy has been joined.

These mean Karate and Kai.

(Japanese Calligraphy by Yoko Kosaka, a native of Japan)

A “Mon” is a symbol of the identity of a group a good Mon should be simple and eye catching and has a meaning to that group. The TKK’s Mon is not old but does have a strong meaning to the group. As explained earlier the practice of Karate makes ones body and mind stronger, thus the spirit is developed. This is the same in your every day training with out kihon and kata there is no kumite. The outer circle is the whole (life itself if you like) the two triangle shapes represent kihon and kata or body and mind, but with out these two you can never realise the centre kumite or spirit represented by the platinum circle.

The Mon as said, is not an old one but was drafted by Shihan Rick McELroy to represent the group’s beliefs.