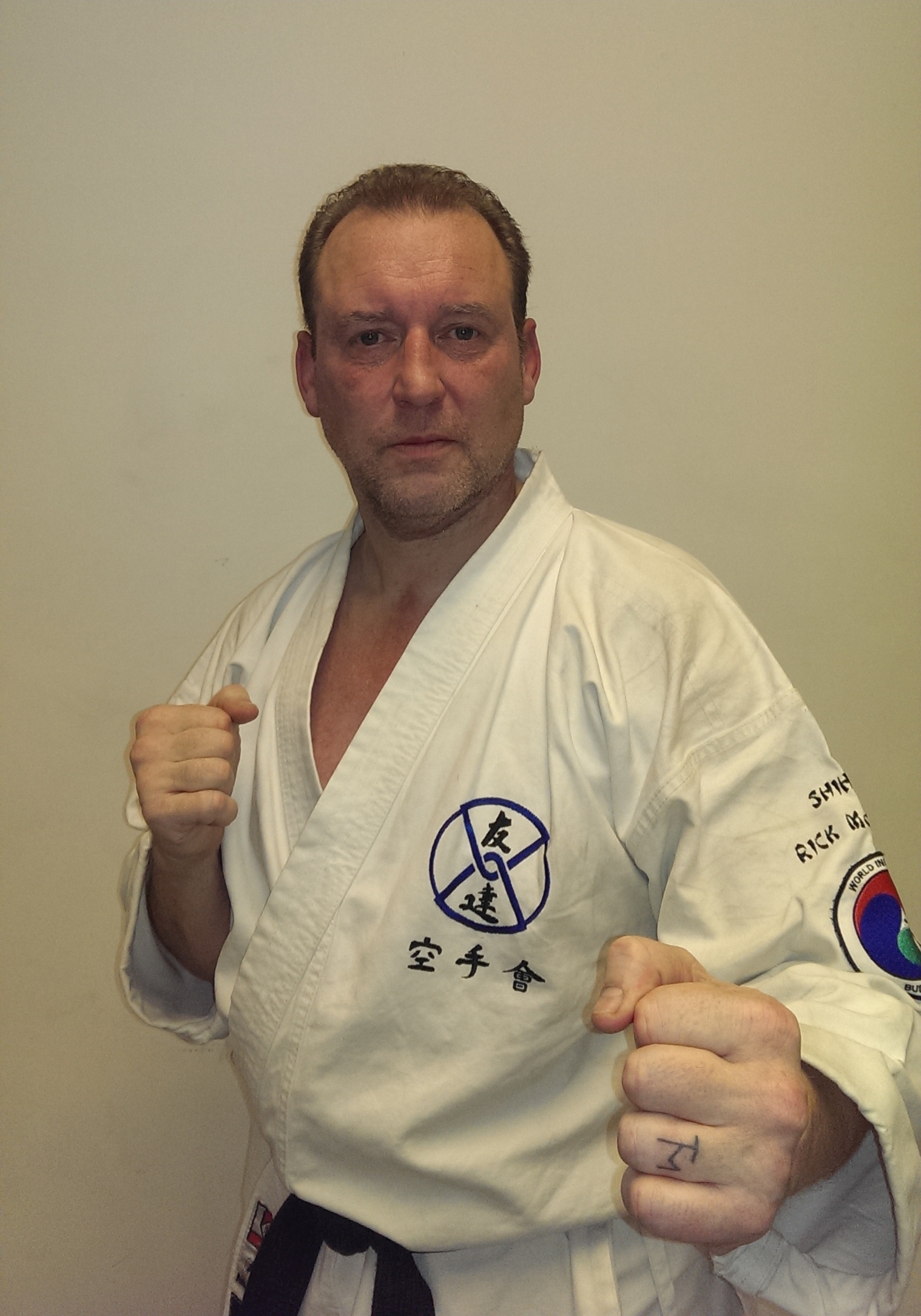 I started Judo in 1975 at my local school after having enough of being bullied, I attained my 1st Dan. Sometime later I started to take an interest in other martial arts namely Karate, as there was a Kyokushinkai club situated in the same school that I attended. The Instructor was Sensei Bryan Dowler as he was then and I was hooked. In 1980 Sensei Dowler & Sensei Bernard Creaton left the BKK and formed their own association the British Karate Jutsu Renmei, as I was only a low grade and the club name just changed I stayed put. In Feb 1983 I achieved my Black Belt 1st Dan (BKJR/EKGB) I also completed the 30 man Kumite (if I hadn't completed that I would have failed the belt) That then was the start of my karate career. I am now a 7th Dan within my own system and was appointed the NAKMAS Tournament Co-ordinator in 2001. I have travelled all over Europe competing and training in my time and have found karate has taught me a lot and continues to do so, as I still actively train myself l attend seminars not only with high ranking Karate Instructors, but other martial arts system as Hapkido, Taekwondo. Taking up Martial Arts namely Karate has changed my life for the better, I hope it does for you. OSSU Shihan Rick McELroy